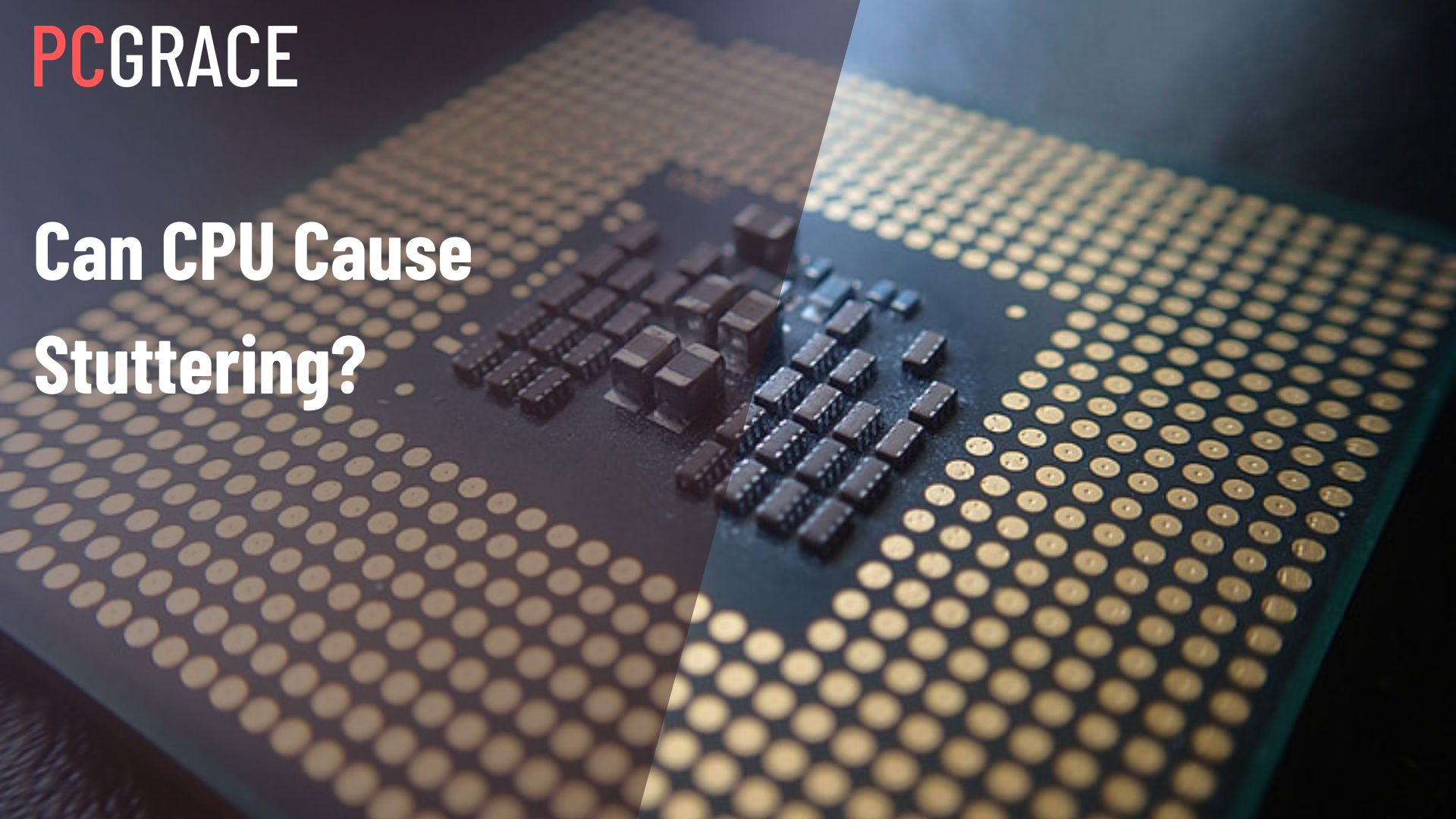 When gaming, the best experiences are always when they’re immersive, and consistent. Stuttering will usually interrupt this, and ruin the gaming experience.

Stuttering is also a major issue for competitive games, if your FPS keeps dropping whilst playing a game like CSGO, it increases the chances of losing a match.

Well, the CPU can actually cause stuttering or sudden FPS drops, and the reason for this can vary, but one of the most common reasons is with the CPU Cache.

Stuttering is defined by irregular delays between frames generated by the GPU, and it can have a huge impact on the playability of the game.

A game that stutters a lot will feel unplayable at times, and extremely laggy. Also, player actions such as moving the mouse will feel delayed.

The reason for stuttering is usually a symptom of a bottleneck, it can usually be fixed by addressing the problem at its root.

How Does The CPU Affect FPS?

The CPU has a direct influence on the FPS, this is because the CPU is responsible for processing information sent by the GPU.

So, the CPU has the potential to bottleneck the GPU, this usually happens when the CPU is significantly slower than the GPU.

The most important aspect of the CPU for FPS is the single-core performance, and the CPU cache.

Single-core performance refers to how fast the CPU can process information with a single-core.

Single-core performance mostly consists of two aspects of the processor, and that’s the clock speed, and the IPC.

Clock speed is simple, it defines how many times the processor will cycle per second, so a clock speed of 5.5GHz means the CPU will cycle 5.5 billion times per second.

IPC is a little different, IPC defines how many instructions the CPU can complete per clock cycle, higher IPC is better.

So, single-core performance is the main aspect of a processor that influences gaming performance.

If core count was important for gaming, processors like Threadripper would be the best option, but they aren’t.

This is because core count rarely contributes to the FPS, single-core performance does, and that’s because games are primarily coded for single-core use.

So, if your processor’s single-core performance is poor, it may bottleneck the GPU and cause significant FPS stuttering.

The CPU cache is also important for gaming, this is primarily because the CPU cache’s purpose is to serve as an extremely fast storage medium.

The CPU cache will often store important aspects of a video game such as AI information, and physics information.

If the CPU cache is unable to provide this information, we call this a cache miss, and cache misses are when the CPU has to look elsewhere for data.

Usually when the cache misses, the CPU will go to the RAM which is significantly slower than the CPU cache, the CPU cache usually operates at clock speeds closer to the CPU cores.

So when the cache misses, you may be able to feel this in game as the form of an FPS drop, this can feel like a stutter.

There is a reason why the Ryzen 7 5800X3D is one of the best gaming CPUs, AMD is leveraging 3D V-cache which makes the 5800X3D more efficient in certain gaming scenarios.

High CPU temperatures can cause low FPS and stuttering, this is why it’s important that you have a competent CPU cooler, and cooling setup.

If the CPU is too hot, the CPU will have to thermal throttle which means the CPU will automatically lower the clock speed to reduce the temperature.

If you remember, the clock speed is important for gaming performance and FPS, so if the clock speed suddenly drops, then you can expect the frame rate to drop similarly.

Also Read: What Is A Good CPU Temp

How Can You Reduce Stuttering?

If you’re certain that the CPU is causing the stuttering, then there are a few ways you can address this problem.

The first way is either purchasing a new, and faster CPU for gaming, or there are free ways which may help you.

Overclocking the CPU is a safe and easy way to gain free performance, it will usually improve frame rates, and reduce stuttering if done correctly.

Overclocking the CPU is done through the motherboards BIOS, now not all motherboard BIOS’ are the same, so the steps will be different but similar.

To ensure a stable overclock, we suggest you increase the clock speed modifier slowly till you reach a point of instability.

Reduce the clock multiplier back to something stable, then run a benchmark such as PassMark to ensure everything is running smoothly.

Secondly, improving the airflow, and the cooling of your computer is an easy way to improve the performance, and reduce stuttering in games.

One of the reasons for poor performance is poor cooling, so if your CPU isn’t being cooled effectively, the performance will suffer.

So, improving upon the airflow by setting up either a negative or positive airflow system can improve performance.

Also, if you have a powerful processor, ensure you’re using a capable enough cooler for it. The CPU cooler must be able to dissipate heat faster than the CPU makes heat.

Finally, background applications that are eating up your computer’s resources will ultimately reduce performance and cause stuttering.

So, if you have any CPU intensive applications running in the background, you can use task manager to close them manually.

And you can also disable certain start-up applications that consume a lot of computer resources, this is also done through task manager.

In conclusion, yes the processor can cause in-game stuttering, this is why it’s important that you pick up the right CPU for your needs.

For gamers, single-core performance is important, but you also need enough cores especially if you plan on running background tasks.